What Every Business Owner Should Know About Thermal Cameras 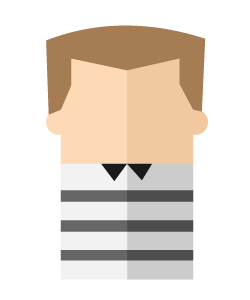 When it comes to making sure that you are shopping at the right places, being able to accurately evaluate price, selection, and quality are crucial. Unfortunately, because so many people don't know how to do this, shopping can become frustrating, which is why I decided to make this blog. I wanted to create a great resource for other people who have to shop frequently so that you can enjoy tips and tricks of the trade. Check out this blog for great information about choosing new products, checking the quality, and getting a great price. You never know, this blog could save you a lot of money in the long run.

What Every Business Owner Should Know About Thermal Cameras

Electronics just keep getting more and more technologically advanced, and cameras are no exception. One of the best innovations is the thermal camera. Here is what you should know about these amazing devices, how they can be useful to the business owner, and the various industries they are used in.

What Is A Thermal Camera?

A thermal camera is different from a conventional camera in that it detects heat. Every object, both living and inanimate, put off radiation. With a thermal camera, the heat radiation they emit can be detected and photographed in conditions with little or even no light.

What Are The Benefits Of A Thermal Camera?

Being able to "see" in the dark, even if it's pitch black, can have tremendous advantages, especially in the security industry. Humans have a hard time seeing in low-light conditions. It is virtually impossible for them to see without any light. In the past, a security guard who had the task of protecting a building from intruders had an extremely difficult time doing his job once it was dark. Criminals took advantage of being able to hide under the cover of darkness. With thermal cameras, the heat of their body shines like a beacon in the night.

Hiding in the bushes may have worked in the past, but it is no match for a high-tech thermal camera today. An intruder who wears camouflage or otherwise tries to conceal himself with patterned objects or blended colors will still be detected by thermal cameras.

While the individual cameras themselves may be more costly, they are more efficient. A thermal camera can "see" much further than a regular camera can see. For example, if you need to secure the perimeter around a building, you might not need nearly as many cameras. It's also easier for a security team to monitor less cameras, which means they are more able to multitask on their other responsibilities and less employees are required.  A thermal camera will also reduce the amount of false alarms as there is a clear difference between a stray dog and a human intruder. Alerts and alarms that are clearly false can be safely ignored without much trouble.

What Industries Are Thermal Cameras Used In?

In addition to commercial security monitoring, thermal cameras are used by the Department of Defense and other government agencies, marine transportation and rescue operations, firefighting, gas detection, and more.